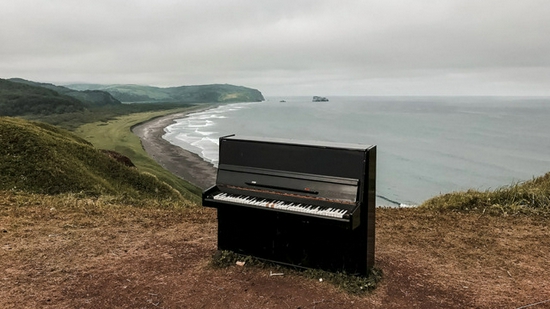 On November 19th it came out 30, the new album by Adele. Last month hundreds of millions of people had streamed her first single, Easy on me. This song evokes feelings that are not easy to put into words. But we can perhaps agree that this is a sad song.

It is not a given that we like this kind of music. Sadness is usually a feeling we try to avoid, this kind of music should be depressing and unpleasant to our ears. Instead it attracts us and cheers us up. But why does listening to sad music make us feel so good? 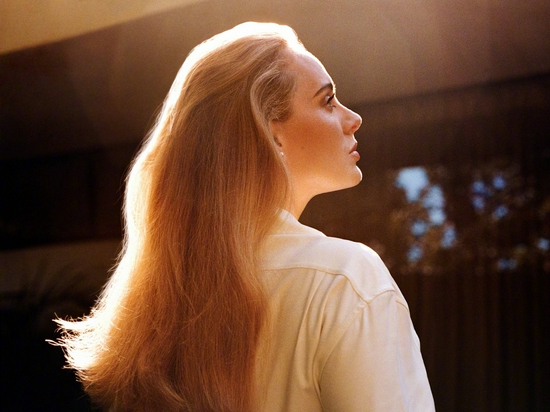 Let’s start with biological theories. When we experience loss firsthand or empathize with the pain of others, our body releases hormones such as prolactin and oxytocin that help us cope with emptiness and pain, because they make us feel calm, comforted and supported.

Perceiving Adele’s pain, or remembering ours, can trigger these chemical reactions within us.

But on this the verdict is not unanimous. According to a study, there is no evidence that sad music causes prolactin levels to rise. Other research, on the other hand, suggests that prolactin and oxytocin help make sad music give us a feeling of well-being.

The psychology of sad music

One of the main reasons we love sad songs is that they “move” us deeply. This experience is sometimes called kama muta, a Sanskrit term that means “moved by love”. Being moved can involve chills, goosebumps, a flood of emotions, heat in the chest and euphoria. 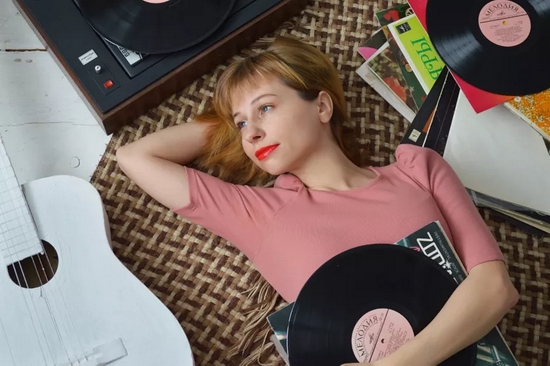 But why are we moved? The American writer James Baldwin came to this conclusion: “The things that tormented me most were the very things that united me with all the people who were alive, and all those who had been.” Likewise, commotion can come from suddenly feeling closer to others.

This may be why the people most likely to be moved by sad music are also those who have a high level of empathy. Indeed, after listening 30 we could search online for gods reaction video – videos released online showing how people react to TV series, movies, songs – to see how other listeners feel. This allows us to share an emotional experience, and sharing a feeling with a community of people increases the emotion and triggers a sense of belonging and comfort.

A suggestion somehow related to this reasoning is that Adele’s sad music can function as a friend and act as a social surrogate. Sad music can be an imaginary friend who supports and empathizes with us after a loss.

The emotion can also be triggered by the memory of important moments in our life. Adele’s songs are very nostalgic. So in reality it could be nostalgia, and not sadness, the emotion that makes us feel good. 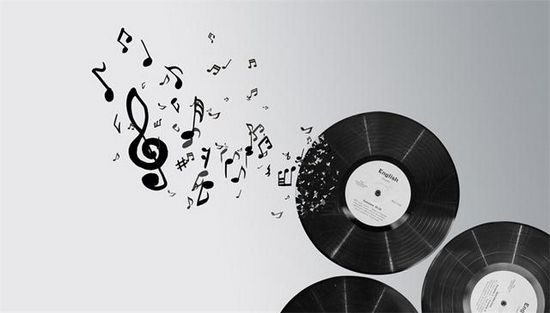 In fact, only 25 percent of people who listen to this genre of music say they feel sad. Others experience different emotions, often related, and most of the time nostalgia: a feeling that contributes to the growth of our sense of social connection, to mitigate the feeling that things do not make sense and to reduce anxiety.

A completely different kind of psychological theory holds that songs like Adele’s are emotional training grounds, safe and controlled spaces where we can explore a simulation of sadness. In short, the emotional equivalent of Neo training with Morpheus in the film Matrix.

Simulated sadness allows us to experience and learn. We can improve our empathy, learn to see things better from the perspective of others, and try to react to sadness, so that we can be a little more prepared when we find ourselves facing a difficult time in our life. These instructive experiences may have evolved to be enjoyable and easier to use.

It is also possible that Adele’s songs are not liked because they are sad or nostalgic, but simply because they are beautiful. Sadness could therefore coincide with beauty. There are those who argue that witnessing virtuous actions or something beautiful can touch us, move us and inspire us. 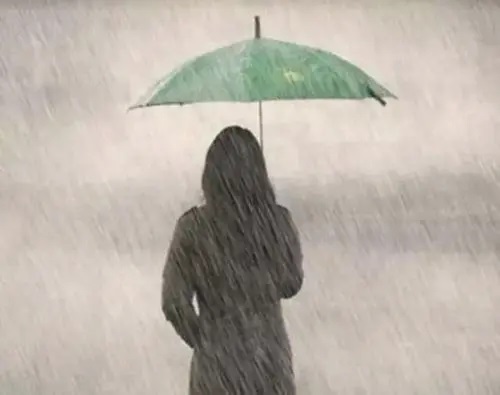 And then we can take into consideration the cultural aspect: Adele in her songs talks about difficult experiences and helps us to get over it. That’s exactly what tragic art does: it takes the pain, suffering and sadness of the world and gives them meaning. As the German philosopher Friedrich Nietzsche said: “Who has a because to live can endure almost any come”.

In short, Adele’s songs can have a different meaning for each of us. We listen to sad music when we want to reflect, feel part of a community or relax. We listen to it to experience beauty, to receive comfort or to abandon ourselves to memories.

But what Adele’s songs tell everyone is: you are not alone in your pain. They allow us to feel his pain, to share our suffering and to connect with other people from the past and present. And beauty is contained in the sharing of our humanity.

MADRID, Nov. 22 (Xinhua) -- Real Madrid moved back to the top of La Liga on Sunday as football returned after the international break, while Xavi Hernandez had a winning debut at Barcelona. Here are some things we learned over the past 48 hours in Spain.。

FC Barcelona won their first game under Xavi Hernandez on Saturday night with a 1-0 victory over Espanyol, but nobody who saw the game can be under any illusions that the return of the former midfielder is going to be a quick fix.。

Xavi showed faith in youth, with 3 teenagers in his starting 11 and in the first half his side looked to be aggressive and press their rivals high up the field. However, in the second half they lost their shape and although a very questionable penalty gave them the win, with a bit more luck in front of goal Espanyol would have taken something from the game.。

The injuries don't help, but Xavi has a lot of work to do.。

2. Vinicius is at last fulfilling his promise。

Real Madrid romped back to the top of La Liga with a 4-1 demolition of Granada, partly inspired by their Brazilian winger, who not only scored his eighth goal of the season, but also provoked a red card for Granada defender, Monchu, who got his marching orders with 23 minutes left to play for a wild lunge at Vinicius' knee.。

The winger's 56th minute goal was his eighth league goal of the season -- matching the number of league goals he scored in his first three years at the club and his improvement has come at exactly the right time.。

Maybe Real Madrid coach Carlo Ancelotti has played a role in his improvement.。

3. Bordalas makes his mark at Valencia。

Real Sociedad lost the leadership after being held to a 0-0 draw at home to Valencia in a controversial game in which Valencia showed their cynical side. The team coached by former Getafe boss, Jose Bordalas committed a string of niggling fouls, most of which looked to break up Real Sociedad attacks in their own half, but they also wasted every second of time and were guilty of some blatant diving and play-acting to try and get rivals booked.。

Valencia saw seven yellow cards in the game and it could have been more, but ironically it was Real Sociedad who ended up with a player sent off after Aritz Elustondo was shown the red card for reacting after being pushed violently to the floor by Daniel Wass just a couple of minutes after Maxi Gomez has body checked him in the ribs.。

Valencia now play like Getafe did under Bordalas and referees have to be aware of their tactics.。

4. Escriba pays the price at Elche。

Fran Escriba became the fourth coach to be sacked this season after his side's 3-0 defeat to Betis on Sunday afternoon, with the club showing him the door less than an hour after the final whistle.。

Escriba will always be a hero at the club after leading them to promotion in 2013 in his first spell and then saving them from relegation in the last game of last season, but a run of six games without a win has now ended his second spell.。

Given that Elche's main ambition this season is to avoid relegation, the decision seems harsh, but it merely shows how important it is to a club's economy to stay in the top-flight and that means patience is a virtue in short supply. Enditem。

BEIJING, Nov. 18 (Xinhua) -- The Beijing Organising Committee for the 2022 Olympic and Paralympic Winter Games (BOCOG) said that an athlete from overseas tested positive for COVID-19 in the closed loop daily testing on Tuesday after coming to participate in the FIL Luge International Training Week and the Luge World Cup to be held in Yanqing competition zone of Beijing 2022.。

The newly confirmed case, an asymptomatic carrier having been isolated in accordance with the guidelines in the playbook, is a close contact of the athlete previously found positive in the closed loop early this month.。

Zhao Weidong, a director of the BOCOG, said that the success of the Games depends on all participants taking the responsibility for following the playbook in COVID-19 prevention and control.。

More than 2,000 participants across the world join in the test events of Beijing 2022, and the closed loop system plays a vital role in protecting their health and safety. The daily PCR tests, disinfection and other COVID-19 countermeasures specified in the Playbook have been proved effective in the test events so far, he added. Enditem。